MARCH: THE MONTH OF CHANGE

“When we are no longer able to change a situation – we are challenged to change ourselves.” — Victor Frankl 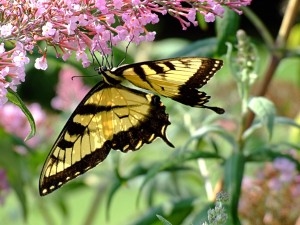 Many people who choose anger management are inevitably seeking some sort of change. Something needs to be different, they feel. But what is it that truly needs to change?

It’s pretty simple: they need to change their thoughts and beliefs.

Let’s discuss this further. Imagine you put five people in the same situation—let’s say…..being cut off while in traffic—and only one of them (let’s call him Alex) felt intensely angry about what happened. Considering that everyone else felt little to no anger, it’s important to ask why Alex in particular felt very angry.

As mentioned earlier, it’s because of Alex’s specific thought patterns and beliefs. If one of his beliefs is, “People should never cut me off in traffic,” then he’s setting himself up to feel angry every time he drives. On the other hand, Alex could try adopting a more rational belief such as, “Sometimes people cut other people off in traffic; although I certainly don’t like it, it is a fairly regular aspect of driving. It is my choice how I respond to other drivers’ behavior.”

Easier said than done, right? Of course it is. But it is certainly worth trying! Because, the truth is, it can be done. And it has been done. So be willing to change outdated thoughts and beliefs and adopt healthier, more rational, more empowering ways of thinking.

This week, the next time you feel angry, see if you can pinpoint the exact thought and/or belief that contributed to your feeling. Then, see if you can reframe that thought into a more rational one. If the new thought is both believable and peace-inducing, then you’re on the right track!