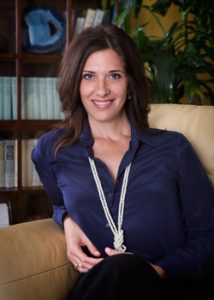 Ingrid also holds a Masters in Clinical Psychology with an emphasis in marriage and family therapy from Antioch University Los Angeles. She is a Licensed Marriage and Family Therapist treating adults, kids, couples and families. Ingrid’s focus of treatment is depression, anxiety, addiction, partners of addicts, childhood trauma, and co-dependency recovery. She has trained extensively at the Santa Monica-UCLA Medical Center in Mindful Parenting, a developmentally-based approach to promoting sensitivity and flexibility in communication between parent and child.

Prior to becoming a therapist and anger management specialist, Ingrid worked with the adult immigrant population in East Los Angeles as an English as a Second Language instructor. Other passions of Ingrid’s have included news reporting and performing. She holds a Bachelor of Arts in Broadcast Journalism from the University of Texas at Austin. She was a reporter for several news outlets, including WBAI Radio News in New York, New York, where she covered trials, press conferences, and political demonstrations. Ingrid is also a graduate of the American Musical and Dramatic Academy in New York City. She has appeared in numerous Off-Broadway productions, independent films, and television commercials.

As a member of the National Anger Management Association (NAMA) and the California Association of Marriage and Family Therapists (CAMFT), Ingrid connects with other professionals in the field and stays current with new clinical findings.